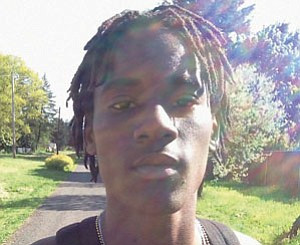 Desiree Hellegers hosts this episode of the Old Mole, which includes the following segments:

Police Reform: During the protests following the killing of George Floyd the police were on the defensive and the City Council discussed replacing the police in responding to mental health emergencies, in intervening in school disorder, in dealing with the homeless, in investigating police misbehavior and shooting. “Reform” programs were drawn up and appropriations promised. As the protests diminished the city’s contract negotiations with the police union began, and nearly all was forgotten. In the draft contract, just revealed to be discussed and perhaps voted on this coming week, hardly anything positive remained. But the battle continues; next week, in the council hearings, the public can voice its critique and demands. Bill Resnick talks to James Ofsink of the organization Portland Forward, part of Portland’s Police Reform Coalition.  They discuss the last few years of "reform" struggles in Portland, and continuing possibilities for reconstructing policing in Portland and Oregon.

Remembering Quanice “Moose” Hayes & Sylvia Dollarson: February 9 marked the fifth anniversary of the murder of 17-year-old Quanice “Moose” Hayes at the hands of Portland Police The event was marked by hourly online screenings of the film Silent Voices: The film was written by Moose’s grandmother Donna Hayes. We bring audio from the film, directed by Kendall, and from a 2020 interview with Hayes about the film. Desiree Hellegers pay tribute also to Sylvia Dollarson, Hayes’ great grandmother, an activist/organizer, who fought tirelessly for justice for Moose and so many others who have died at the hands of Portland police.

Cascade Festival of African Films, Remembering Obo Addy: Last week, Jan Haaken spoke with director AJ Wone about his new documentary DiaTribe, which screened at the opening night of the Cascade Festival of African Films. The film is a loving tribute to Portland-based Oby Addy, Ghanaian drummer and educator who died in 2012. The film also is a kind of love story about hip hop as an artistic form with deep roots in African movement and sounds. Jan and AJ talk about another documentary about the African roots of American hip-hop---Moving 2 the Beat, directed by Caleb Heymann and Abdul Fofanah--and how both films challenge a range of mainstream stereotypes about Black culture.  Moving 2 the Beat can be watched online for free through Vimeo. https://vimeo.com/145704393