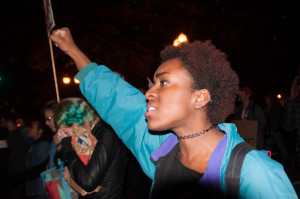 During the protests following the killing of George Floyd the police were on the defensive and the City Council discussed replacing the police in responding to mental health emergencies, in intervening in school disorder, in dealing with the homeless, in investigating police misbehavior and shooting. “Reform” programs were drawn up and appropriations promised. As the protests diminished the city’s contract negotiations with the police union began, and nearly all was forgotten. In the draft contract, just revealed to be discussed and perhaps voted on this coming week, hardly anything positive remained. But the battle continues; next week, in the council hearings, the public can voice its critique and demands. Bill Resnick talks to James Ofsink of the organization Portland Forward, part of Portland’s Police Reform Coalition.  They discuss the last few years of "reform" struggles in Portland, and continuing possibilities for reconstructing policing in Portland and Oregon.

Update Required To play the media you will need to either update your browser to a recent version or update your Flash plugin.
Download audio file
Topic tags:
Activism, Movement for Racial Justice, African American, Police, Law/Court/Crime