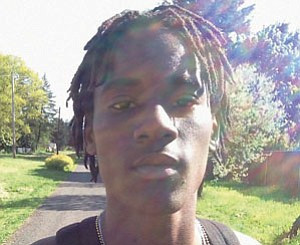 February 9 marked the fifth anniversary of the murder of 17-year-old Quanice “Moose” Hayes at the hands of Portland Police The event was marked by hourly online screenings of the film Silent Voices, : The film was written by Moose’s grandmother Donna Hayes. We bring audio from the film, directed by Kendall, and from a 2020 interview with Hayes about the film. Desiree Hellegers pay tribute also to Sylvia Dollarson, Hayes’ great grandmother, an activist/organizer, who fought tirelessly for justice for Moose and so many others who have died at the hands of Portland police.

Update Required To play the media you will need to either update your browser to a recent version or update your Flash plugin.
Download audio file
Topic tags:
Activism, Movement for Racial Justice, African American, Arts/Culture, Government/Politics, Law/Court/Crime, Prison