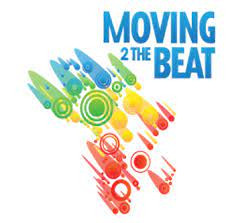 Last week, Jan Haaken spoke with director AJ Wone about his new documentary DiaTribe, which screened at the opening night of the Cascade Festival of African Films. The film is a loving tribute to Portland-based Oby Addy, Ghanaian drummer and educator who died in 2012. The film also is a kind of love story about hip hop as an artistic form with deep roots in African movement and sounds. Jan and AJ talk about another documentary about the African roots of American hip-hop---Moving 2 the Beat, directed by Caleb Heymann and Abdul Fofanah--and how both films challenge a range of mainstream stereotypes about Black culture.  Moving 2 the Beat can be watched online for free through Vimeo. https://vimeo.com/145704393

Update Required To play the media you will need to either update your browser to a recent version or update your Flash plugin.
Download audio file
Topic tags:
African American, Arts/Culture, Music