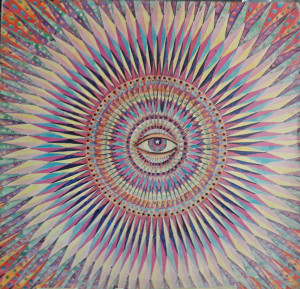 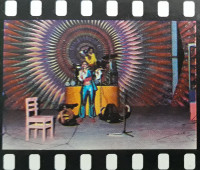 This Friday evening we have prepared from our own collection three rare recordings.

We will start with Alfa-Gunga-Din, from 1968, under the direction of Alexandro Jodorowsky, which includes versions of songs by Gilberto Gil, Bacharach, Purcell, Bach Hendrix and the Beatles, among others. The record is very hard to find, apologies for the background sound but the music is great.

We will continue with Zaratustra, His Music and Philisophy, from 1970, which was a theatre play with music by Las Damas Chinas, most likely the first Free Jazz band in Mexico, with Henry West on saxophone and Micky Salas on drums, and performances by Carlos Ancira, Isela Vega, Hector Bonilla, Alvaro Carcaño and Susana Kamini.

The show will end with Los Divinos Placeres by Rafael Corkidi, from 1980, with music by Héctor Sánchez and Alfredo Montane and lyrics by Carlos Illescas inspired on El Marqués de Sade. Corkidi, always controversial, doesn't dissapoint here either.