Antifa arson and other myths 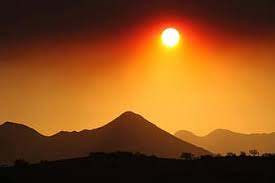 Traci Simmons joins Abe again this week to assess the local landscape -- which, in addition to being scorched by wildfire, is populated by rumors and recriminations that spread just as fast. Plus: Trump denigrates the military, and none of his supporters seem to care.

My own dissatisfaction with Joe Uris's contributions to this program had to do with his lack of curiosity into anything beyond his own first-person narrative history of activism. Not to take anything away from Joe's struggles and sharing them on the air. Yet when subjects that required more nuanced discussion that an academic could lead the rest of U.S. into, Joe Uris showed no interest in doing the homework on today's issues and today's IDENTITY POLITICS as ZOMBIE ECONOMICS CONTINUED TO SPREAD IMPOVERISHMENT and the NORMALIZATION OF HOMELESSNESS instead of anything behind the hollow identity label of PROGRESSIVE. Here in PoTown, Ore even the big cartel of high-rise and luxury condo developers who dominate the small clique of urban property owners like the Goodman family call themselves PROGRESSIVE (all the while normalizing homelessness in their advocacy of Market Democracy):
https://www.opb.org/article/2020/09/04/business-group-urges-city-leaders...

Like the doctrines and dogmas of Neo-Liberal E-CONomics which neither Joe nor Abe had shown any interest in deepening their listener community's understanding of as it radically re-shaped the very Post WW II policies that made our current President's family so rich by building Government Subsidized Low Income rather than Public Housing in the outer-boroughs of NYC.

Bad enough the Crony Corporate Democratic Party so-called opposition candidates gave up trying to deepen our body politic's understanding of these meat and potatoes issues. Here are Abe and Joe two educators in public higher education that showed they were not up to contributing to the fundamental pre-requisite for increasing participatory democracy either. Namely helping to create an informed electorate and inspire the vanguard of activists leading the way through the complexities.

Wit and wisdom go a long ways and both Abe and Joe along with their listeners showed they had that in spades. But no one was willing to do the homework or deepen the discussion.

The Identity Politics of Liberal bashing is just as easy as the identity politics of Progressives. What we need is an examination or re-examination of the weaponized Cold War propaganda of Milton and Rose Director Friedman (yes she was of the PoTown, Ore REED COLLEGE elite, though ya wouldn't know it from KBOO's lack of interest in how TRUSTAFARIANS can spend so much payroll time working to keep the KBOO PROGRESSIVE fund-raising dynamo in gear) along with the University of Chicago "Chicago Boys" whose gray propaganda for decades led the policy shifts in Washington that privileged the Wall Street Private Interests over the Public Interest of Main Street. This shift was often underwritten by the BIG GOVERNMENT the Friedmans and their Chicago Boys subsidized propaganda line abhorred and the Patriot Prayer Shock Troops along with the Religious Right\Moral Majority Trumplican Neo-Con theocrats demonized with macho pull-yerselves-up-by-yer-bootstraps braggadocio as THE NANNY STATE.

Yet under the hollow label of MARKET DEMOCRACY that lingered long past the end of the Cold War and the Evil Empire of the designated pinko Commie enemy that helped fill Daddy Warbucks coffers it had moved the Democratic Party so far into corporatism that simple rhetorical campaign tricks and tricksters like the House of Bush and the Trumplican continuity could STEAL IN BROAD DAYLIGHT and PRIME TIME TELEVISED DEBATES the very Wage Slave Wage Stag-NATION and Planet of the Clock Punchers Food Stamp Nation issues like global trade deals and the abandonment of the U.S. domestic production base and internal markets in favor of a Global "GIG" Economy built on financialization and contract worker service providers. Talk about indoctri-NATION!

Joe and Abe, now Traci and the rest of PC KBOO could be more useful as de-programmers of this MARKET DEMOCRACY indoctri-NATION where every week on every other public broadcast outlet is THIS WEEK ON WALL STREET or MARKETPLACE or PLANET MONEY or BUSINESS INSIDER or FREAKANOMICS or FORBES or BLOOMBERG BILLIONAIRE BID-NET NEWS. Yet has a half hour weekly on Voice of the Voiceless Community radio for TRUSTAFARIANS with the luxury of working for free at KBOO to present the excellent Jamie Partridge co-hosted and produced LABOR RADIO.

The Corporate Caliphate union-backed candidates Joe and Abe could not bring themselves to subject to actual policy analysis (that requires reading up and actively listening widely) like Madame Secretary of State and former Jr Senator from Wall Street Hillary Clinton, VP Biden or the Obama Privatization continuity cabinet again positioning the Big Labor backed Democrats to do what the Oligarch GOP couldn't get done via legislation and their shrinking natural constituency as wealth concentrated into fewer bank secrecy protected and non-audited accounts.

As Progressive icons like Obama and Biden as soon as they got into office in 2009 deferred to the House of Clinton and Kissinger content to mildly rebuke the Honduran military coup that Washington had underwritten for decades and overthrew the anti-corruption political party of Mel Zelaya. Bi-partisan Washington-weaponized and trained Honduran military and militarized police were escorting the twice popularly elected anti-corruption platform building President Zelaya (and his seated anti-corruption political party from Honduras) out of the country in his\their pajamas.

Where was Hillary Clinton but out in front of diplomatic cover arguing for the continued financial backing for WAR ON DRUGS camouflage and persiflage covering for Regime Change and Privatization Policy continuity via the War on Whistle Blowers that Obama-Biden and their cabinet of Wall Street Apex Predators represented in implementing the Bush-Cheney-Paulson TROUBLED ASSET RELIEF PROGRAM (TARP) tax-payer bail-outs for the banksters instead of offering relief to the foreclosed and displaced while defrauded and financialized mortgage borrowers.

Incidentally, all that WAR ON DRUGS tax-payer financing by Washington of the worst human rights abusers in the hemisphere and down the Central American isthmus only increased the flow into U.S. of drugs and desperate children whose loving parents made the most difficult choice of spending what resources they had to get their children out of the Washington-funded harm's way that Honduras had become and that most every other country on the isthmus (except for notable exception Costa Rica) represents.

Abe Proctor & Traci Simmons could be deepening the discussion without Joe Uris's pale efforts at easy levity, yet instead of dealing with the brains of the Alt White Right movement like Richard Spencer who weeks back came out endorsing the Biden\Harris (Neo)-Liberal ticket over the played-out and treacherously selfishly corrupt Trumplicans citing how played out their MAGA Moment is after 4 years of regrettable support from thinking (racist\racialist) people...Deal with this!
https://www.newsweek.com/richard-spencer-joe-biden-trump-maga-1527141

It would also provide a voice to the voiceless instead of more corporate-captured media that plays to the masses who think street skirmishes and the fetishization of violence and rebellion is more useful than old fashioned Wage Slave to Planet of the Clock Punchers persuasion and social strategizing that leads instead of follows results-oriented activism.