The Black Retriever by Charles G. Finney & The Fog Horn by Ray Bradbury 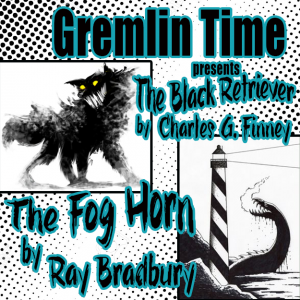 Tonight a couple of classic weird tales. First, from the author of "The Circus of Dr Lao", Charles G. Finney, Professor Kitty reads "The Black Retriever". A quite suburb is terrorized by the mysterious appearances of a large black hound, or is it a werewolf? Next,  Ray Bradbury's "The Fog Horn", the short story that inspired the first great giant monster movie of the atomic era, and started the career of Ray Harryhausen, "The Beast From 20,000 Fathoms"(1953). The keepers at a isolated lighthouse believe that their fog horn is attracting a giant, prehistoric creature that has been sleeping at the bottom of the ocean.