Report to Megalopolis by Tod Davies 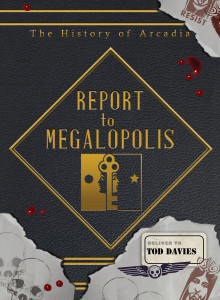 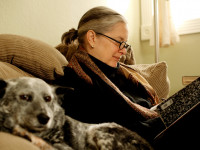 Tod is the author of Snotty Saves the Day, Lily the Silent, and The Lizard Princess, the first three books in The History of Arcadia series, as well as the cooking memoirs Jam Today: A Diary of Cooking With What You’ve Got and Jam Today Too: The Revolution Will Not Be Catered. Tod is also the editorial director and publisher at Exterminating Angel Press, and has worked as a screenwriter, film and television producer, social activist, radio show host, actor, and amateur cook. She lives with her husband, the filmmaker Alex Cox, and their dogs, in the alpine valley of Colestin, Oregon.

Author/editor Edwin Battistella calls Report to Megalopolis  “an allusive and face-paced tale, blending the lyricism of fairy tales with knife-in-the-ribs social criticism, a dash of humor, and plenty of gruesome twists.”

Update Required To play the media you will need to either update your browser to a recent version or update your Flash plugin.
Download audio file
Topic tags:
Arts/Culture, Fiction, Science/Technology
Genre(s):
Arts and Culture