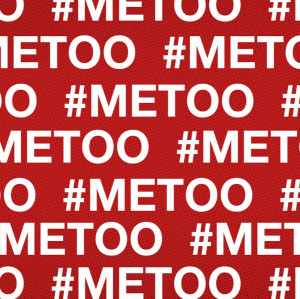 In 1997, Tarana Burke sat across from a 13-year-old girl who had been sexually abused. The young girl was explaining her experience, and it left Ms. Burke speechless. That moment is where the Me Too campaign was born.

“I didn’t have a response or a way to help her in that moment, and I couldn’t even say ‘me too,’ ” Ms. Burke said.

“It really bothered me, and it sat in my spirit for a long time,” she added.

Ten years after that conversation, Ms. Burke created Just Be Inc., a nonprofit organization that helps victims of sexual harassment and assault. She sought out the resources that she had not found readily available to her 10 years before and committed herself to being there for people who had been abused.

And she gave her movement a name: Me Too.

On Sunday, those two words burst into the spotlight of social media with #metoo, a hashtag promoted by the actress Alyssa Milano. Amid the firestorm that ignited, some women of color noted pointedly that the longtime effort by Ms. Burke, who is black, had not received support over the years from prominent white feminists.

Ms. Milano was seeking to give a voice to sexual abuse victims, after accusations of sexual harassment and assault were leveled against the Hollywood producer Harvey Weinstein.

About 10 years ago, after I’d graduated college but when I was still waitressing full-time, I attended an empowerment seminar. It was the kind of nebulous weekend-long event sold as helping people discover their dreams and unburden themselves from past trauma through honesty exercises and the encouragement to “be present.” But there was one moment I’ve never forgotten. The group leader, a man in his 40s, asked anyone in the room of 200 or so people who’d been sexually or physically abused to raise their hands. Six or seven hands tentatively went up. The leader instructed us to close our eyes, and asked the question again. Then he told us to open our eyes. Almost every hand in the room was raised.

For a long time, most women defined their own sexual harassment and assault in this way: as something unspoken, something private, something to be ashamed of acknowledging. Silence, although understandable, has its cost. A decade ago, I couldn’t have conceived of the fact that so many women had experienced sexual coercion or intimidation; now, I’d be surprised if I could find a single one who hadn’t. On Sunday afternoon, the actress Alyssa Milano used her Twitter account to encourage women who’d been sexually harassed or assaulted to tweet the words #MeToo. In the last 24 hours, a spokesperson from Twitter confirmed, the hashtag had been tweeted nearly half a million times.

#MeToo wasn’t just mushrooming on Twitter—when I checked Facebook Monday morning, my feed was filled with friends and acquaintances acknowledging publicly that they, too, had experienced harassment or assault. Some shared their stories, some simply posted the hashtag to add their voices to the fray. And it wasn’t just women: Men also spoke up about their experiences with assault. Actors including Anna Paquin, Debra Messing, Rosario Dawson, Gabrielle Union, and Evan Rachel Wood joined in. The writer Alexis Benveniste used it to remind people that the messages they were seeing were only the tip of the iceberg. For every woman stating her own experiences out loud, there were likely just as many choosing not to do so.

For all the frequent grumbles about the passivity of most forms of Twitter activism, this was a moment in which the form fit perfectly with the message: The goal of #MeToo, as Milano’s friend told her, was simply to give people a sense of “the magnitude of the problem.” Waking up to a feed dominated by women discussing their experiences of harassment and assault, it turns out, will do that. For more than a week, social media has been filled with stories told by women about their interactions with the producer Harvey Weinstein, accusations that range from verbal coercion to rape. But as horrifying as the allegations against Weinstein have been, more appalling still is the sense that his behavior isn’t uncommon. That in industries across the world, from media to music to modeling to academia, women have encountered their own Weinsteins and have deduced, for whatever reason, that nothing could be done about it and nobody cared.

The power of #MeToo, though, is that it takes something that women had long kept quiet about and transforms it into a movement. Unlike many kinds of social-media activism, it isn’t a call to action or the beginning of a campaign, culminating in a series of protests and speeches and events. It’s simply an attempt to get people to understand the prevalence of sexual harassment and assault in society. To get women, and men, to raise their hands. Recent revelations about the alleged abuses of Weinstein and Bill Cosby and Jimmy Savile and R. Kelly have proven that truth has power. There’s a monumental amount of work to be done in confronting a climate of serial sexual predation—one in which women are belittled and undermined and abused and sometimes pushed out of their industries altogether. But uncovering the colossal scale of the problem is revolutionary in its own right.