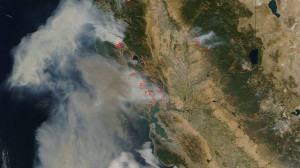 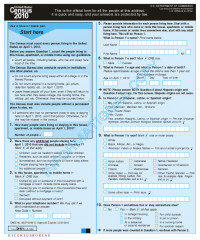 A state of emergency has been declared in 8 Northern California counties as multiple wildfires rip through the region forcing many mandatory evacuations. This fire has reduced entire neighborhoods to ash, claiming 15 lives. Nearly 20,000 people have been forced to evacuate, 1,500 homes have been lost and 115,000 acres burned. 150 are reported as missing. The first of the fires started this past Sunday spreading quickly due to the dry and windy conditions of the region. The largest fire being the Tubbs Fire has already burned 27,000 acres in and around the city of Santa Rosa in Somona County where residents only had 20 minutes to pack up and run, some forced to run on foot. Two more large fires have burned a combined 44,000 acres and caused significant destruction to homes, infrastructure and the region's famous vineyards. None of the fires are contained as of now.

The U.S. Census Bureau recently reached a decision to remove the 'gender identity' part of the census for 2020 among plenty of public outcry. The U.S. Census considers input through its Census Barriers, Atitudes and Motivators Survey or CBAMS. This survey was marketed in 2008 for the 2010 census. In preparation for the 2020 census, the bureau published a federal register notice in August to collect public comments on a more current draft questionnaire. The data was collected and a decision was released to the public where sexual orientation remains in the census but gender identity does not.

Puerto Rico's citizens are losing truly needed health care post-hurricane the past few weeks. Harry Figueroa was a teacher who had gone a week without the oxygen that'd help him breathe. He died last week at age 58. Jose L. Cruz's (and other's) treatment hours have been cut back to save fuel for the generators that power the hospital he currently stays in. The region's announcements each morning attempt to be happy and in an upbeat tone but there are too many hidden emergencies within their speeches. Among the treatment hour's decrease, less than half of Puerto Rico's medical work force has reported to work. Even military and other assistance is not keeping up very well, and that includes 'the Comfort'. A ship that was supposed to house many seriously ill residents, but barely is.

Update Required To play the media you will need to either update your browser to a recent version or update your Flash plugin.
Download audio file
Topic tags:
Environment/Climate, Global Affairs, Government/Politics, LGBTQ, Evening News