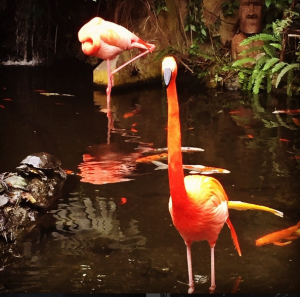 It's hard to believe the last theme show featuring TCB (aka Todd C. Bayles) was in fall of 2014 ("Songs About Rock"). Todd and I have been doing these theme shows fairly regularly since 2010 or so, but busy lives mean that these shows get more infrequent and therefore more treasured.

But I digress: there's a new theme show afoot! And this one is about animals. Rather than call it "Songs About Animals", I've taken some inspiration from a King Khan & BBQ Show 7" that I own and have decided to call it "Animal Party".

I'll be playing "Animal Party", of course, as well as many many other songs mentioning critters from the animal kingdom. Todd will, too.

And you, late night radio denizen, can join in on the party! Call the airroom up 503-231-8187 with your favorite song about an animal! Or tweet your request to @backtotheeegg.

Midnight to 3am -- a three hour Animal Party. TUNE IN.