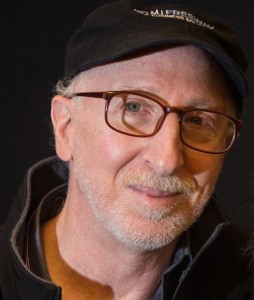 What was the best marijuana movie of the past decade? Who's the most famous entertainer to be busted for pot so far this year? Is Willie Nelson really as cool and kind as everyone says he is? What was it like working with Jack Herer before he became famous? We find the answers to these and other questions on Morning Talk Radio this July 4th when Doug McVay, who's sitting in for our regular hosts Celeste and Cecil, speaks with the journalist and author Steve Bloom. And they'll be taking calls, so you can join the conversation.

Steve Bloom is editor-in-chief of Freedom Leaf magazine. He also publishes and edits CelebStoner.com, one of the leading sources for marijuana and celebrity news on the web since 2007. Steve was named editor of Freedom Leaf in November 2014.

A former editor of High Times, Steve produced the Stony and Doobie awards shows, and the Hempilation benefit albums for NORML during his more than 15 years with the magazine, from 1989 to 2006.

He and Willie Nelson founded the Teapot Party in 2010.

Update Required To play the media you will need to either update your browser to a recent version or update your Flash plugin.
Download audio file
Topic tags:
Music, Drugs, Arts/Culture