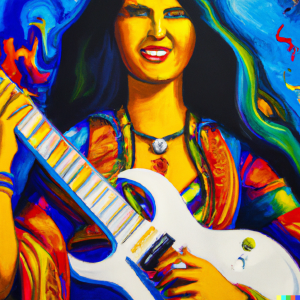 Goddess Obscura brings you the coolest tunes from women-identified bands, groups, and musicians. From the 60s to today, from all around the world.

Our Featured Goddesses this week:

Blue Ruin - A punk/metal band originally formed in New Zealand and now based out of Germany.There have been other bands with this name, but these women are totally original. These "five rad, bad babes" just released a brand new album "Hooligans Happy Hour", and they're currently on tour in Europe with Cherie Curry of the Runaways.

Plush - Four rocking women from New York, all under the age of 22, with a new self-titled album inspired by the sounds of  Aerosmith, Evanescence, and Halestorm. Members include Moriah Formica (voice/guitar), Brooke Colucci (drums), Ashley Suppa (bass), and Bella Perron (lead guitar).

The Liverbirds - Four women from Liverpool who were one of the only all-woman band on the Merseybeat scene. They were active from 1963 to 1968, and in 2019 were the subject of a New York Times documentary "We're Britain's First Female Rock Band". The Liverbirds features Valerie Gell on guitars, singer Pamela Birch, bassist and vocalist Mary McGlory, and drummer Sylvia Saunders.

Goddess Obscura is a 3-hour long music program that airs the 2nd and 4th Monday of every month (late Sunday night) at Midnight.

Update Required To play the media you will need to either update your browser to a recent version or update your Flash plugin.
Topic tags:
LGBTQ, Music
Genre(s):
80's, Punk, Rock and Roll