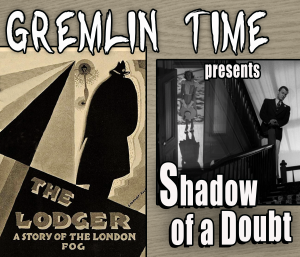 On tonight's show we present two dramas based on two films by Alfred Hitchcock. First, Joesph Cotton stars with Vanessa Brown in an adaptation of the 1942 suspense drama "Shadow of a Doubt". A young woman suspects that her beloved uncle is really a multiple murder. Followed  by The Lodger starring Herbert Marshall and Edmund Guinn. A landlady is afraid that her new lodger is the mysterious man in black who has been terrorizing London by murdering women.