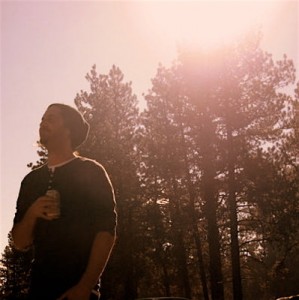 Forward is not just a direction, it's a way of life for Colorado based producer Alex B who is rolling out big tunes under the new guise of Paper Diamond. The new project finds the trusted producer moving into previously untraveled musical territory. The Paper Diamond sound has raw energy and the kind of dramatic anticipation only a seasoned producer can incite. Driving beats and bass grab on tight while deep, rich tones rumble under layers of spacey synthesizers, sweet melodies, and catchy vocals. One thing is for sure. The energy is high.

Recent carpetbaggers to Portland, Hives Inquiry Squad has found a home in the eccentric local music scene, already gaining a diverse following from frequent shows in the area, now with Monstro (aka The Great Mundane) as their live DJ. With the release of Gavin Theory's solo endeavor, Escaping Stasis, due in March, as well as their album Edifice dropping shortly afterwards, Hives Inquiry Squad will undoubtedly continue to impress audiences and stretch the definition of hip hop music.

David Starfire is a producer, composer, multi-instrumentalist and DJ based in Los Angeles and San Francisco. His production style is eclectic fusing world music with dance and hip hop and everything in between.

END_OF_DOCUMENT_TOKEN_TO_BE_REPLACED

Movin' On
Movin' On