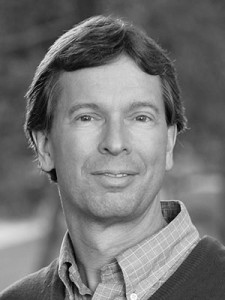 Rabia Yeaman interviews Donald Hoffman about his research to uncover the underlying secrets of human perception, Donald Hoffman has discovered important clues pointing to the subjective nature of reality.

Rather than as a set of absolute physical principles, reality is best understood as a set of phenomena our brain constructs to guide our behavior. To put it simply: we actively create everything we see, and there is no aspect of reality that does not depend on consciousness.

His research interests include Vision, Cognitive Science, Consciousness, and Evolutionary Models of Perception. Hoffman has worked as a project engineer at the Hughes Aircraft Company and a research scientist at the Laboratory for Artificial Intelligence at the Massachusetts Institute of Technology.

Update Required To play the media you will need to either update your browser to a recent version or update your Flash plugin.
Download audio file
Topic tags:
Science/Technology, Environment/Climate, Education