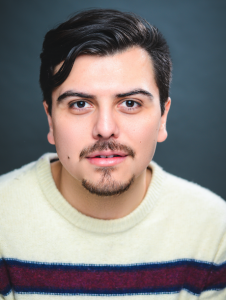 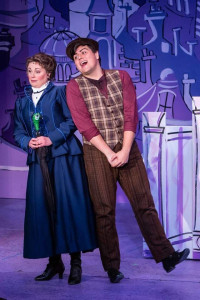 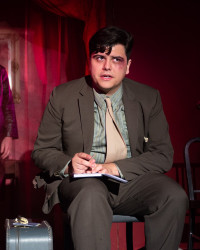 A conversation with Latinx and gay Portland actor and singer

Dmae spotlights Portland-based actor and singer Alec Cameron Lugo. He talks about being a second-generation immigrant, mixed-race Latinx queer artist who grew up on the Big Island of Hawaii and the depth his identity brings to his roles. We'll also find out the depth of introspection and self-work the pandemic has brought to him. Tune in to hear him singing a beautiful song written by the talented Ernie Lijoi from his original musical The Pursuit of Happiness.

See the full song sung by Alec Lugo and Kate Faye Cummings, who also gives an exquisite performance. Piano and music direction by Mak Kastelic. Watch it here on YouTube.

Alec Cameron Lugo is a Portland-based theatre performer, graphic artist, videographer, and marketing associate. A 2016 graduate of Pacific University, Alec has collaborated with a variety of Portland artistic non-profits, including: Broadway Rose Theatre Company, Northwest Children’s Theatre, Oregon Children’s Theatre, Corrib Theatre, Original Practice Shakespeare Company, Anonymous Theatre Company, and All Classical Portland, among others. He also works administratively as the Marketing Manager for Bag&Baggage Productions, and serves as a ensemble member with Fuse Theatre Ensemble. His graphic design and video work has been prominently featured both locally and regionally.

Lugo is a 2016 graduate of Pacific University, where he received two Bachelor’s degrees in Theatre and Film & Media Production.  Since exiting university, he has worked consistently as a media manager, graphic designer, videographer, and marketing consultant for non-profit theatre companies in and outside of the Portland metro area.

Select credits include: Mary Poppins as Bert (PAMTA Nomination – Best Actor in a Musical) with Northwest Children’s Theatre, Cabaret as Clifford Bradshaw (Drammy Award – Outstanding Production of a Musical) with Fuse Theatre Ensemble, and IFC’s Emmy-nominated Documentary Now! episode, “Original Cast Album: Co-op”. He was a recipient of a Spotlight Award at the 2018 Drammy Awards for his work in media and marketing and also received the 2017 Rising Star Artist Award from Lakewood Theatre for his contributions to Portland theatre.

Update Required To play the media you will need to either update your browser to a recent version or update your Flash plugin.
Download audio file
Topic tags:
Arts/Culture, Latino/Hispanic, LGBTQ
Genre(s):
Arts and Culture

END_OF_DOCUMENT_TOKEN_TO_BE_REPLACED

Century Of Lies
Harm Reduction And The Drug Czar

Too Much Information with Abe and Traci
Filibluster