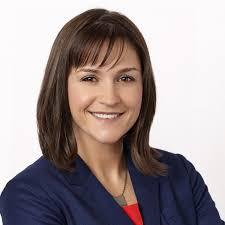 Shemia Fagan is the Democratic candidate for Secretary of State in the November 2020 election.

Fagan is an Oregon native, growing up in Dufur and the Dalles. Currently she serves as a state senator representing District 24, which encompasses Southeast Portland, Happy Valley, Milwaukee and North Clackamas. Fagan also works as a civil rights attorney, and she has scored endorsements from Planned Parenthood, the Oregon Education Association and the League of Conservation Voters, among others.

She has served in both the State House of Representatives and in the State Senate and touts the expansion of voting accessibility, the Office of Small Business Assistance and statewide rent control as some of her proudest achievements.

Update Required To play the media you will need to either update your browser to a recent version or update your Flash plugin.
Download audio file
Topic tags:
Elections, Government/Politics, Legislation, Women