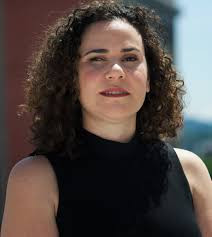 There’s an empty seat on the Multnomah County Circuit Court. Judge Gregory Silver is retiring, after serving since 2013. In the May primary elections, six candidates ran to replace him. Two of these candidates have advanced to the general election.

They are Rima Ghandour, and Adrian Brown. Whoever’s elected will oversee both civil and criminal cases for the Multnomah County Circuit Court.

Rima Ghandour joins KBOO's Brian Oaster to talk about the election and her background.

Rima grew up in the Lebenese Civil War, and displaced to to Iraq. She came to the United States for college when she was 18. Rima now runs a private, woman-owned law firm in Portland handling a variety of cases. She has 23 years of experience in both public and private law practice.

Rima also co-founded the Arab American Cultural Center of Oregon, where she has served as president, and is now a board member. If elected, Rima will become the first Muslim and Arab woman judge in Oregon.
She’s been endorsed by 25 judges, the National Lawyer’s Guild, 13 out of 14 unions in Multnomah County, and many minority community associations.

Update Required To play the media you will need to either update your browser to a recent version or update your Flash plugin.
Download audio file
Topic tags:
Elections, Law/Court/Crime

Drinking from Puddles
Drinking From Puddles for 12/08/2021