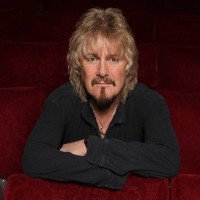 Since it's summer, there's no better time for a summer rerun. And it's a good one! Our guest today is the legendary audio theater producer, director, and writer Dirk Maggs. We had the privilege of talking with Dirk last year on the now defunct Holy Crowley Hour, a monthly KBOO late-night show sponsored by an allegedly satanic cult led by Carl Crowley.

Dirk Maggs was our guest on the September 2019 show, coming to us from his home in London, England. Or New London, Connecticut. In any case, it was a long drive. We talked about Dirk’s previous work in audio theater, including his BBC adaptations of the Superman, Batman, Spiderman, and Judge Dredd comic books, directing and producing radio adaptations of the Alien movies and The X Files TV show,  and his current project at the time, the audio adaptation of Neil Gaiman and Terry Pratchett’s novel, Good Omens. And had to mention what is perhaps Dirk’s best known work –The Hitchhikers Guide to the Galaxy, adapted for BBC Radio by Dirk at the request of the author, Douglas Adams.

Dirk’s been busy writing, directing, and producing an audiobook based on Neil Gaiman’s Sandman series of graphic novels. This was a pet project of Dirk’s, going back 28 years. And it was just released, all 10 hours and 54 minutes, on Audible. The description “audiobook” doesn’t really do justice to the scope and scale of The Sandman production. Dirk likes to call them “audio movies”, and will tell you that “audio is the true visual medium”. And he went all out for this one, using his mastery of telling a story entirely through sound, the art and craft acquired in a radio career spanning four decades.

It’s a relatively big-budget production that not only does justice to the source material, but is a giant leap forward for audio drama. Here’s just a partial list of the voice actors -- James McAvoy in the title role, Kat Dennings, Samantha Morton, Taron Egerton, Bebe Neuwirth, Andy Serkis, Michael Sheen, and Sandman creator Neil Gaiman as the narrator.

Hope you get a chance to listen to The Sandman, and also hope you enjoy this conversation with Dirk Maggs from last summer. It’s truly a master class in audio theater. Dirk recently posted on Facebook how his pitch for an audio Sandman was turned down about 10 years ago, by the then Commissioning Editor for Drama at BBC Radio 4. While showing Dirk the door, the Commissioning Editor couldn’t resist rubbing a little salt in the wound with these parting words: “Don’t forget, Dirk. Lots of young producers are in your rear view mirror, about to overtake you.” While I hope this is true at some point, because we all stand on the shoulders of giants, it’s been 10 years now and no one’s gotten close. Dirk, you’ve had a heck of a head start!