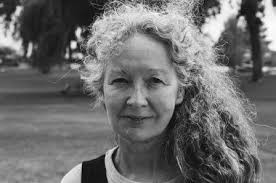 Kathy Kelly is co-founder of Voices for Creative Nonviolence and just wrote the piece "Battleground States." She writes: "On Thursday, June 25th, President Trump’s re-election efforts took him to the 'battleground' state of Wisconsin, where he toured the Fincantieri Marinette Marine shipyard. He railed against the Democrats as a scarier enemy than Russia or China. He also celebrated Wisconsin’s win over domestic enemies like the state of Maine in securing a key shipbuilding project. 'The first-in-class FFG(X) [frigate] will not just be a win for Wisconsin workers; it will also be a major victory for our Navy,' Trump said."

Kelly points out that the ships constructed at the Marinette Shipyard are contracted to go to the Saudi military, which has been using U.S.-supplied Littoral (near-coast) Combat Ships to blockade the coastal ports of Yemen, which is undergoing the world’s worst humanitarian crisis due to a famine exacerbated by the Saudi-led blockade and an invasion involving relentless aerial bombardment.

KBOO's Jenka Soderberg has the story.

Update Required To play the media you will need to either update your browser to a recent version or update your Flash plugin.
Download audio file
Topic tags:
Global Affairs, Government/Politics, Military/Veterans, War/Peace