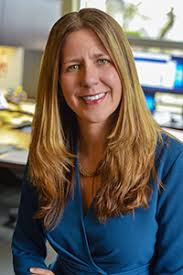 Sonia Montalbano, a candidate for Multnomah County Circuit Court Judge Position 12, has been a lawyer in Multnomah County for over 20 years, making a point to deal in many different types of caselaw.

Originally from New York, Montalbano was a first generation college student, eventually obtaining her law degree from Lewis & Clark Law School. Her legal accomplishments include being a delegate to the Oregon State Bar, among others, and has helped to raise money for non-profit organizations including the Campaign for Equal Justice, the Public Interest Law Project, and Oregon Literacy.

KBOO's Althea Billings spoke with Montalbano about transitioning from lawyer to judge, and instilling confidence in the legal system.

Update Required To play the media you will need to either update your browser to a recent version or update your Flash plugin.
Download audio file
Topic tags:
Government/Politics, Law/Court/Crime