Parts Per Million by Julia Stoops 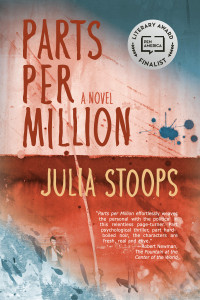 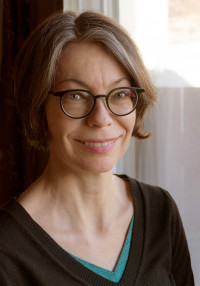 Host Ken Jones talks with Julia Stoops, author of the novel Parts Per Million, from Forest Avenue Press. Julia is a recipient of Oregon Arts Commission Fellowships for visual arts and literature, and was a resident at the Ucross Foundation in 2016. She holds dual degrees in Visual Art and Philosophy, and received an MFA in Painting from Portland State University. She has experience in alternative radio news journalism, at Portland’s KBOO Community Radio, as well as a background in teaching media studies, visual art, and the history of ideas.

Julia’s a native of New Zealand, and now makes her home here in Portland, where she was a member of the Pinewood Table writing group. Portland is also the setting of Parts Per Million -- Julia’s debut novel and a finalist for the PEN/Bellwether Prize for Socially Engaged Fiction.

In the words of writer and political activist, Robert Newman, “Parts Per Million effortlessly weaves the personal with the political in this relentless page-turner. Part psychological thriller, part hard-boiled noir, the characters are fresh, real and alive. With a lightness of touch and an uncanny ear for great dialogue, Julia Stoops tells the story of four activists in a time of war, their moral and emotional conflicts, their betrayals and their small acts of heroism. Parts per Million reads like the bastard offspring of Graham Greene and Naomi Klein.”

For the longer version of our conversation with Julia, you can stream/download the March 27, 2020 episode of Mr. Jones's Neighborhood here on KBOO Community Radio.

Update Required To play the media you will need to either update your browser to a recent version or update your Flash plugin.
Download audio file
Topic tags:
Arts/Culture, Environment/Climate, Fiction
Genre(s):
Arts and Culture