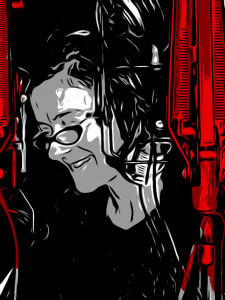 News, Views, Reviews, and Interviews from a Socialist-Feminist Perspective

Frann MIchel hosts this episode of the Old Mole Variety Hour, which features music by Alexandra Bradbury and the late John Prine, and these segments:

Workers’ response to COVID19: Bill Resnick talks with Travis Watkins, fired from his auto parts plant in Michigan, with the collusion of his union, United Auto Workers, and with Alexandra Bradbury, co-editor of Labor Notes, about worker challenges from union and unorganized workers across the country.

Solidarity in Time of Pandemic: Joe Clement talks to Philosophy Professor Jason Read about trends, hopes, and fears about neoliberalism in the time of of the coronavirus. They consider the strange solidarity of social distancing, online education, the threat of emergency powers, but also the hopeful prospect that people will have different expectations about how much of their lives to give to the work-week. Jason writes about social and political philosophy, art, utopia and dystopia at www.unemployednegativity.com and is a Professor of Philosophy at the University of Southern Maine. Joe mentions reviewing a work they discovered on this blog, Kathi Weeks' The Problem With Work: https://kboo.fm/media/16507-kathi-weeks-debunking-utopianisms-critics

Climate Activists vs. Zenith: A precedent-setting case in the climate movement went to trial here in Portland in February.  The case involved the use of the necessity defense for five Extinction Rebellion activists who were charged with trespassing after occupying train tracks at the Zenith Energy terminal in Northwest Portland.  The action was in April 2019 and was intended to disrupt the operations of this local hub of fossil fuel transport that had recently expanded its capacity for transporting oil through Portland, including the highly toxic tar sands oil from Alberta Canada.  Jan Haaken talks with lead defense attorney Lauren Regan about the trial, the use of the necessity defense as a legal strategy in the climate movement, and lessons to be drawn during this period when direct actions are prohibited. Regan is an attorney with the Civil Liberties Defense Center in Eugene and has decades of experience defending activists in civil and criminal cases. You can also learn more about the necessity defense by watching the documentary Necessity (a project involving a number of moles) free online for Earth Day, 4/22/20.

You can follow us on Twitter (@OldMole) and Facebook (TheOldMoleVarietyHour). You can send us comments or questions by commenting below or emailing us at oldmolevarietyhour [at]gmail.com.