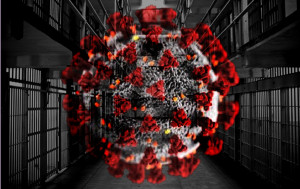 This week on Century of Lies: Prisons, jails, and pandemic. In this time of pandemic, correctional institutions are like Petri dishes in which the novel coronavirus COVID-19 grows and spreads. Public health experts and criminal justice advocates around the nation are demanding that jails and prisons release some of the people being held behind bars in order to stop or at least slow the spread of this deadly disease. The organization Just Leadership USA recently held a web seminar on COVID-19 and the New York City jail on Riker’s Island. We hear portions of that seminar on today’s show, including: Jumaane Williams, Public Advocate for the City of New York; Doctor Bobby Cohen, member of the New York City Board of Correction; Marlene Aloe, whose son is being held on Rikers Island awaiting a retrial; Janet, whose son is being held on Rikers awaiting sentencing; and Tahanee Dunn from Bronx Public Defenders. We also hear from Nick Turner, president and director of the Vera Institute of Justice.