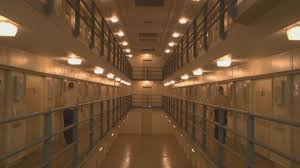 With 2.3 million people imprisoned in the United States, the impact of COVID-19 in the nations could be dire, as prisons are often overcrowded and unsanitary.

Experts say the U.S. is roughly 10 days behind Italy in the progression of the outbreak, and as such, it is crucial to take lessons from the Italian example while there is still time. Italian news agencies reported prison riots in 27 different Italian prisons across the country – six inmates were killed and prison staff were taken hostage. The riots began as fears of contagions rose in an overcrowded prison system that is 20% over capacity. The inmates had also had their movements restricted, and had been cut off from social visits.

As of last week, the U.S. Federal Bureau of Prisons suspended all social visits, legal visits, and transportation of inmates between institutions. The National Association of Defense Lawyers said that, given the volume of incarcerated people in America, the conditions under which they are detained, and the current spread of COVID-19, there is every reason to question whether American detention facilities on the whole are up to the challenge.

KBOO's Jenka Soderberg spoke with James Scott, an inmate on death row in San Quentin, California, for a look on the inside.

Update Required To play the media you will need to either update your browser to a recent version or update your Flash plugin.
Download audio file
Topic tags:
COVID19, Government/Politics, Prison