The End of the Shale Oil and Gas boom 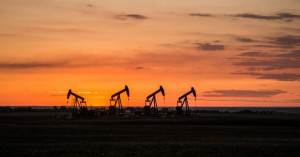 Recent comments by John Hess, CEO of Hess Corporation, offer a rare acknowledgement from within the U.S. oil & gas industry that the “shale revolution” may not have staying power. Speaking at the Argus Americas Crude Summit in Houston, Texas, Hess warned that “production in the Eagle Ford Shale in South Texas is starting to plateau, while the Bakken field in North Dakota… will hit its peak production levels within the next two years, [and] the Permian Basin, the top U.S. shale field in Texas and New Mexico, will plateau in mid-decade and is already facing well interference issues.”

These public statements are rare coming from the oil & gas industry. But they confirm the analysis of earth scientist J. David Hughes, who has been raising critical doubts about the long-term viability of U.S. shale gas and tight oil production, based on detailed analysis of play-by-play production, technological improvements, and geological realities.

On this episode of Locus Focus we talk with David Hughes about the reasons he doubts the long-term viability of shale oil as well as gas, and what it means that an oil company executive is drawing similar conclusions.

But first, Jan Zuckerman, one of the Zenith Energy 5 who were arrested last spring for blocking the railroad tracks at Zenith Energy in the Port of Portland, will give an update on their trial that transpired last week.

J. David Hughes is an earth scientist who has studied the energy resources of Canada for four decades, including 32 years with the Geological Survey of Canada as a scientist and research manager. Hughes is president of Global Sustainability Research, a consultancy dedicated to research on energy and sustainability issues. He is also a board member of Physicians, Scientists & Engineers for Healthy Energy (PSE Healthy Energy) and is a Fellow of Post Carbon Institute. Hughes contributed to Carbon Shift, an anthology edited by Thomas Homer-Dixon on the twin issues of peak energy and climate change, and his work has been featured in Nature, Canadian Business, Bloomberg, USA Today, as well as other popular press, radio, and television.