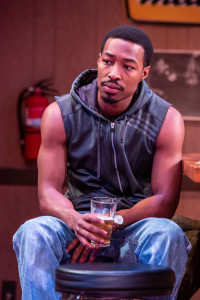 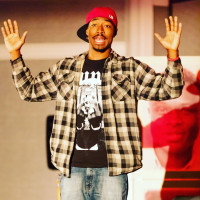 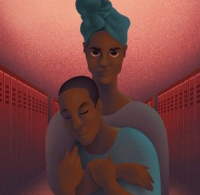 Meet the founder and artistic director of Confrontation Theatre and their co-production of Pipeline with Portland Playhouse.

Dmae features La’ Tevin Alexander, actor, director and artistic director of Confrontation Theatre, a  company he founded which is co-producing Pipeline by Dominique Morisseau with Portland Playhouse. The show, directed by Vanport Mosaic's Damaris Webb, runs February 19th through March 15th.  Find out more about that show and about what’s it like to create and sustain a theatre of color in Portland.

A native of Perry, FL, La' Tevin Alexander has had a hunger to tell stories, impersonate icons, reenact historical events, and impress his mama with his best A Low Down Dirty Shame & Mighty Morphin Power Rangers reenactments since he was a toddler.  Upon receiving his Bachelors of Arts from Florida A&M University, La’ Tevin learned to combine cultural elements, black artists, and diverse ideas into an authentic and impactful theatrical experience. His work in undergrad as a stage manager for a touring company, recruiter and advocate for his theatre program, sound engineer, lead theatre camp counselor, director, and actor has broadened and honed his skills and experiences.

La' Tevin returns to Portland Playhouse. This time as a co-producing partner. He was last seen in Profile Theatre's' Sweat; before that, Well & Let Me Down Easy; directing at Oregon Children's Theatre is up next. Some previous acting credits include: IFC’s Portlandia (S.8 Ep. 5 ‘Most Pro City’); NBC’s GRIMM (S.5 Ep. 9 ‘Starcrossed’); Topdog Underdog (Lincoln); And in This Corner Cassius Clay (Clay); Fences (Corey Maxson); & Hands Up 7 Playwrights, 7 Testaments (Actor “How I Feel”). Previous directing credits are: Henry V (Fort Vancouver High); Sibling Rivalry (Confrontation Theatre); Much Ado About Nothing (Metropolitan Learning Center); & The Every 28 Hours Plays (Confrontation Theatre).

Synopsis: Nya, an inner-city public high school teacher, is committed to her students but desperate to give her only son Omari opportunities they’ll never have. When a controversial incident at his upstate private school threatens to get him expelled, Nya must confront his rage and her own choices as a parent. But will she be able to reach him before a world beyond her control pulls him away?

With profound compassion and lyricism, Pipeline brings an urgent conversation powerfully to the fore. Morisseau pens a deeply moving story of a mother’s fight to give her son a future — without turning her back on the community that made him who he is.