Joseph Gallivan interviews John Weber about his new job as executive director of the Jordan Schnitzer Museum of Art at the University of Oregon in Eugene. 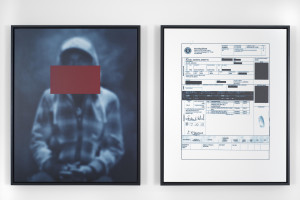 Joseph Gallivan interviews John Weber about his new job as executive director of the Jordan Schnitzer Museum of Art at the University of Oregon in Eugene.

On Tuesday Jan 21 2020 at 11:30 a.m. Joseph Gallivan interviews John Weber about his new job as executive director of the Jordan Schnitzer Museum of Art at the University of Oregon in Eugene. Weber talks about his path through art institutions in Portland, New York and San Francisco and his plans for Eugene. He also previews the “The Usual Suspects,” a photographic show by Carrie Mae Weems which runs January 18 to May 3, 2020.

On January 18, 2020, the University of Oregon’s Jordan Schnitzer Museum of Art (JSMA) will open “Carrie Mae Weems: The Usual Suspects.” The exhibition includes recent photographic and video works that ask, “How do you measure a life?”

Considered one of the most influential contemporary American artists, Portland-born Carrie Mae Weems has investigated family relationships, race and cultural identity, sexism, class, political systems, and the consequences of power. In a career of more than thirty years, Weems has developed a complex body of art employing photographs, text, fabric, audio, digital images, installation, and video.

“Carrie Mae Weems is one of the most powerful and eloquent voices in contemporary art, and we are thrilled to bring her work of to the University of Oregon and Eugene,” said the museum’s executive director, John Weber. “’The Usual Suspects’ will allow our students and community to experience her work first hand.”

In this body of work, created between 2014 and 2018, Weems addresses the constructed nature of racial identity — specifically, stereotypical representations that result in killings of black men, women, and children without consequence. Through a formal language of blurred images, color blocks, stated facts, and meditative narration, she questions this sustained history of violence and judicial inaction.

This spring, Weems will receive an honorary doctoral degree from the University of Oregon in recognition of her profound contributions to the visual arts and the national conversation about race and injustice.

In 2013 Weems received the MacArthur “Genius” grant as well as the Congressional Black Caucus Foundation’s Lifetime Achievement Award. Weems has received numerous awards, grants and fellowships including the prestigious Prix de Roma, The National Endowment of the Arts, the Alpert, the Anonymous was a Woman and the Tiffany Awards, among many other honors.

Weems has participated in numerous solo and group exhibitions at major national and international museums including the Metropolitan Museum of Art, The Frist Center for Visual Art, Solomon Guggenheim Museum in New York, and the Centro Andaluz de Arte Contemporáneo in Seville, Spain. She is represented in public and private collections around the world, including the Metropolitan Museum of Art, NY; The Museum of Fine Arts, Houston; the Museum of Modern Art, NY and Museum of Contemporary Art, Los Angeles.

Skype with Steadman. Here is the link to the recording of that program: https://www.youtube.com/watch?v=3Jd7q5r6qpk&list=PL6IPlUKCQg1FHUNV_unY2yp8OupwbzyI5&index=2