Police Chief change and what to expect in 2020: a conversation with Portland Copwatch 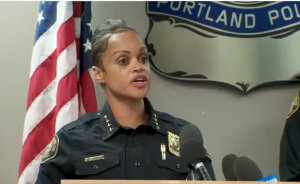 KBOO's Sam Bouman and Yasemin Cobanoglu speak with Dan Handleman of Portland Copwatch to discuss Outlaw's exit, her replacement, and what comes next.

Update Required To play the media you will need to either update your browser to a recent version or update your Flash plugin.
Download audio file
Topic tags:
Activism, Police