The Work that Garnered Portland PSR Leaders an Award 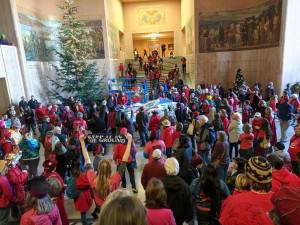 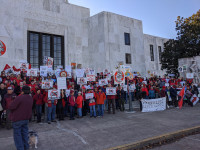 Kelly Campbell and Regna Merritt with Portland Physicians for Social Responsibility recently received the “Visionary Leaders” award from the national Physicians for Social Responsibility (PSR) organization. The Visionary Leaders Award recognizes individuals and organizations for their exemplary efforts in advancing nuclear weapons abolition and addressing environmental risks to human health, including the catastrophic consequences caused by climate change. Kelly has served as the Executive Director of the Oregon PSR chapter for the past ten years. Regna recently retired after seven years as the Healthy Climate Program Director for the organization and now serves on its advisory board. The awards committee appreciated their “efforts to incorporate environmental justice and equity as a model for the entire PSR network.”

On this episode of Locus Focus we talk with Kelly and Regna, along with Damon Motz-Storey, who is now filling Regna's old position at PSR, about the issues on which they have worked so passionately, that won them this award: Regna's many successes in leading coalitions that have defeated numerous fossil fuel projects in the Northwest, and Kelly's work to build a modern nuclear disarmament movement.