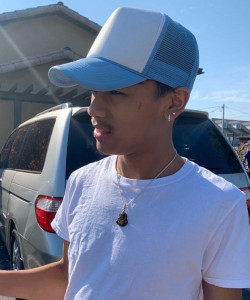 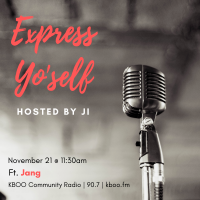 On this episode, Ji interviews Jang about his rapping career. Also in the studio is his manager, Jesus, and girlfriend, Sarah. His music can be found on SoundCloud by searching for “Jang”. He can be supported on Instagram @jangrx or Twitter @rxjang.

The song playing in the beginning and end of the interview is called “Express Yourself” by NWA. The other three songs that played is entitled “Exotic”, “Circle Small” and “Paradise” all by the Portland based artists Jang. The Express Yo'self show can be supported by listening in and by following it on Instagram @expressyoselfradio.​