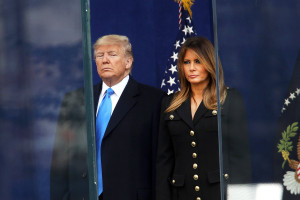 -- How the Republicans are protecting Trump because he has delivered on the Republican platform of enriching their corporate pals and patrons, and by subordinating all interests, like the environment or the appearance of the rule of law, to that aim.

-- How both sides are trying to portray themselves and their State Department witnesses as the most patriotic Americans seeking nothing but peace, freedom and democracy around the globe with the Democrats reviving Cold War rhetoric by attacking Trump as supporting Russia.

-- How Trump's worst crimes -- inciting violence in his followers, rejecting any limitations on Presidential power -- may never be raised.

Ron Jacobs, a regular contributor to CounterPunch, is the author of Daydream Sunset about the Sixties Counterculture in the Seventies and more recently of the pamphlet Capitalism is the Problem.

Update Required To play the media you will need to either update your browser to a recent version or update your Flash plugin.
Download audio file
Topic tags:
Global Affairs, Government/Politics, Law/Court/Crime