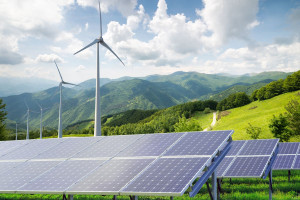 This week the Multnomah County Commissioners held a public hearing on the progress towards the county’s 100 percent clean energy goal.

The county a major energy consumer, and at the hearing, Portland General Electric, Northwest Natural and Pacific Power gave presentations about their plans to reach the county’s goals.

Pacific Power in particular has been criticised despite its recent action to close some of its coal power plants, with clean energy advocates saying the action does not go far enough.

KBOO’s Kevin Dugan has the story.

Update Required To play the media you will need to either update your browser to a recent version or update your Flash plugin.
Download audio file
Topic tags:
Activism, Energy/Natural Resources, Environment/Climate, Government/Politics, Evening News, Youth