The Therapeutic Use of Psychedelics 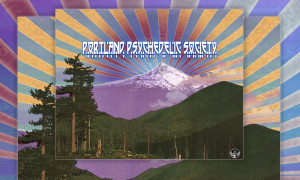 Guests include Jordan Weiss, newly appointed treasurer of the Portland Psychedelic Society, field mycologist and educator and Lydia Lutsyshyna, an aspiring psychotherapist versed in the neuroscience of psychedelics. She wrote her thesis on psychedelic therapy and currently volunteers with the suicide hotline and works with Decriminalize Nature Portland. They join host Paul Roland to discuss the PPS's upcoming conference on October 26, and the use of psychedelic medicines in treating numerous mental health conditions.

Also calling in at the start of the program will be Danielle Grondin, Director of Training with Folk Time, a mental health peer support non-profit, whose ongoing commitment is to provide a culture of inclusiveness and promote a recovery oriented support system. She will be guiding an interactive session on Intentional Peer Support and how we can understand our experience of trauma with mindfulness and self-care at Rethinking Psychiatry's monthly event on Wednesday, October 2 at 7 p.m. at the Montavilla United Methodist Church, 232 SE 80th Ave. In Portland.

Psychedelic fungi, plants and animal substances have been used by humans for ecstatic spiritual experience, personal exploration and in healing ceremonies for millenia. In the twentieth century, artists and visionaries and researchers like Aldous Huxley and Gordon Wasson blazed the trail for a small but growing subculture of modern explorers that exploded in the 1960's with the diffusion of LSD and other drugs/medicines in the burgeoning global counterculture.

Although modern scientific research into the effects of psychedelic substances goes back to the late 19th century, it really got going with Albert Hoffman's synthesis of LSD in 1938 and early research by Sandoz Laboratories in Switzerland, where he worked. Psychedelic therapy research began in the 1950's and its potential was widely recognized as it spread through the 60's. Studies on medicinal applications of psychedelics ceased entirely in the United States when the Controlled Substances Act was passed in 1970. LSD and many other psychedelics were placed into the most restrictive "Schedule I" category by the United States Drug Enforcement Administration. Schedule I compounds are claimed to possess "significant potential for abuse and dependence" and have "no recognized medicinal value",[13] effectively rendering them illegal to use in the United States for all purposes. Despite objections from the scientific community, authorized research into therapeutic applications of psychedelic drugs had been discontinued worldwide by the 1980s.

In the early 2000s, a renewal of interest in the psychiatric use of psychedelics contributed to an increase in clinical research centering on the psychopharmacological effects of these drugs and their subsequent applications. Much of the renewed clinical research has been conducted with psilocybin and MDMA in the United States with special permission by the FDA, while other studies have investigated the mechanisms and effects of ayahuasca and LSD. MDMA-assisted psychotherapy is being actively researched by MAPS. Phase two trials conducted between 2004 and 2010 reported an overall remission rate of 66.2% and low rates of adverse effects for subjects with chronic PTSD.

Update Required To play the media you will need to either update your browser to a recent version or update your Flash plugin.
Download audio file
Topic tags:
Activism, Civil Liberties, Disability, Faith/Religion/Spirituality, Health