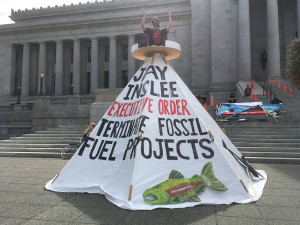 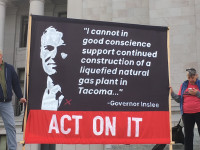 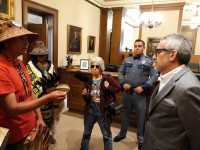 Eric de Place, the director of the Thin Green Line at Sightline Institute in Seattle has broadened his portfolio beyond the Northwest and is now sharing the lessons learned in the Northwest about how to stop fossil fuel projects with environmentalists working to stop fracking along the Ohio River in West Virginia, Pennsylvania and Ohio. On this episode of Locus Focus, Eric returns to talk about what he is learning about the severe ecological and social destruction ravaging Appalachian communities.

But first we'll talk about the impending impeachment inquiry threatening the Trump presidency and all his sycophants. Barbara will also give a report on two major climate actions in Washington State that took place during Climate Strike week: a four day walk led by the Protectors of the Salish Sea, that journeyed from the Tacoma LNG tank to the Washington State Capitol in Olympia, and a protest at the Washington Department of Ecology calling on that agency to deny the shorelines permit for the world's largest methanol refinery proposed for Kalama, WA.

END_OF_DOCUMENT_TOKEN_TO_BE_REPLACED

Too Much Information with Abe and Traci
End of an error