Talking Earth "Passages: From Grief to Healing," in memory of Robert LaMorticella 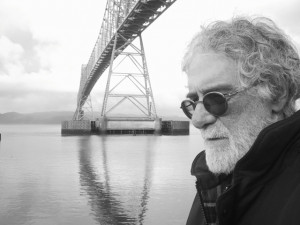 Poetry and music of personal loss and healing

Poet and Talking Earth host Barbara LaMorticella dedicates tonight’s show to her husband, Robert LaMorticella, on what would have been  his 81st birthday.  Robert passed away in July of 2018, and tonight Barbara reads and talks about this passage with two fellow poets, Sage Cohen and Jennifer Foreman,  who have experienced and written about loss and healing.

Sage Cohen is a poet, a writer, a teacher, a single parent and a literary entrepreneur, who runs a business called Sage Communications. She is the author of a poetry collection “Like the Heart the World” published by Queen of Wands press, and three non-fiction books about writing published by Writers Digest Books:  “Writing the Life Poetic,” “Fierce on the Page”, and “The Productive Writer.”  Sage has taught poetry at NYU and has been lecturing and teaching nationally at workshops, conferences and online since 1995.  Her website is sagecohen.com.

Jenn foreman is a social worker who has been writing poetry since her teens and working on her craft in Portland through the Attic Institute for Writers and Black Bird studios.  She has been published in VoiceCatcher and the magazine The Sun. She recently finished her first collection of poems, “Shrine,” written in the aftermath of the sudden and unexpected death of Tom, her husband of 14 years.
Jenn can be reached through her email:  jentacular1972@gmail.com. Jenn reads from “Shrine” accompanied by virtuoso musicians Mikaela Schey and Sean Frenette.

Mikeala, who celebrates creativity as the currency for culture change, accompanies Jenn  with voice,  classical guitar and melodic beatboxing.  Sean is a guitarist, multi-instrumentalist, composer and singer songwriter who will be playing acoustic guitar, singing, and producing astounding effects on a guitar with three strings.  Check out Sean performing on You-Tube, and order his albums at https://seanfrenette.bandcamp.com/

Update Required To play the media you will need to either update your browser to a recent version or update your Flash plugin.
Topic tags:
Arts/Culture, Music, Poetry
Genre(s):
Arts and Culture, Spiritual, Spoken Arts