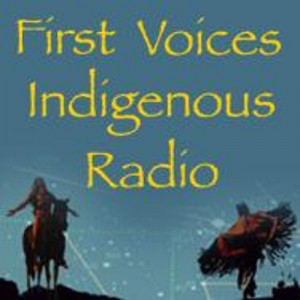 In the first half of this repeat edition of First Voices Radio, Host Tiokasin Ghosthorse talks with Crystal Echo Hawk (Pawnee). Crystal is Founder, President and CEO of Echo Hawk Consulting. Crystal and Echo Hawk Consulting were the original designers and co-project thought leaders of the Reclaiming Native Truth Project.The Reclaiming Native Truth Project, which was completed in June 2018, conducted unprecedented public opinion research, message testing and multi-sector organizing to inform the development of strategies to tackle misconceptions, stereotypes, and the invisibility of Native peoples within popular culture, media, institutions and society. The report includes groundbreaking research findings, message guides and narrative change strategies that have been met with overwhelming excitement and praise regarding the positive impact this body of work can have for Native peoples. Crystal also founded IllumiNative, in partnership with well-known and respected Native artists, activists, thought leaders and allies in pop culture and entertainment. IllumiNatives mission is to create a narrative shift in pop culture about, by and for Native peoples. The second half of the show is devoted to commentary from Tiokasin. He explores the question: What does it mean to be Indigenous?