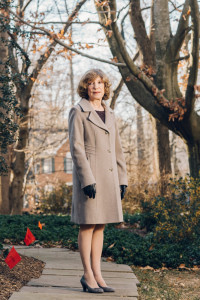 President Donald Trump delivered his budget roadmap with a promise to balance the budget in 15 years, and once again, the Environmental Protection Agency found itself in the Trump administration’s crosshairs, with the White House proposing to slash its budget by 31 percent. The $2.8 billion proposed cut, which would leave the agency a budget of $6.1 billion, is in line with the previous deep reductions that the administration has sought unsuccssfully each year under President Trump.

By proposing yet another dirty budget Trump continues his unprecedented assault on protections for clean air, drinking water,  national parks, and border communities. Trump and Republicans are proposing to gut funding for the critical programs that protect the health of the environment and all our communities — all to pay for their tax giveaway to billionaires and corporate polluters.

On this episode of Locus Focus we talk with former EPA staffer Betsy Southerland who resigned in August 2017, when it became painfully clear that the EPA she had worked in for 40 years was being gutted by the Trump administration. She is still raising her voice against Trump’s refusal to protect the American public from environmental hazards. Southerland explained her decision to resign in a farewell letter published by Public Employees for Environmental Responsibility (PEER), a non-profit group for federal resource professionals.