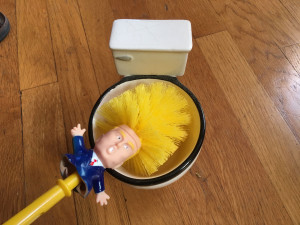 Without giving notice to Tribes, water quality advocates, citizens or fishing families, the U.S. Environmental Protection Agency (EPA) announced plans to revoke its own 2016 rule that ensures protective standards for Washington State’s citizens. If finalized, the proposed rule would pave the way for polluters to dump greatly increased amounts of toxic pollution into state waters, threatening communities, salmon, and orca whales that rely on clean water to thrive. The EPA memo, unexpectedly discovered by a Northwest Indian Fisheries Commission staff member, indicates a return to much weaker, unprotective standards that will not protect tribes and other consumers of fish caught in Washington’s waters. In the meantime, Trump has issued an executive order that aims to prevent states from blocking pipelines and other energy infrastructure by using authority granted to them under the Clean Water Act.

On this epiaode of Locus Focus, we talk with Columbia Riverkeeper's legal & program director Lauren Goldberg and Allie Rosenbluth with Rogue Climate, about how these actions constitute a direct attack on the Pacific Northwest's efforts to decarbonize and protect the environment.

Allie Rosenbluth has been organizing around climate issues since she was a student at the College of William & Mary in Virginia. She now works as the “No Pipeline Organizer” at Rogue Climate, a grassroots organization with a mission to empower southern Oregon communities most impacted by climate change, including low-income, rural, youth, and communities of color, to win climate justice by organizing for clean energy, sustainable jobs, and a healthy environment. Currently, Allie’s focus is on working with frontline communities across the region to stop the proposed Pacific Connector fracked gas pipeline & Jordan Cove LNG export terminal while building a strong grassroots movement for climate justice in rural Oregon.

For more information on the movement to stop fracked gas in the Northwest: http://powerpastfrackedgas.org/ and https://www.nolngexports.org/

BREAKING NEWS: On May 6, while we were airing this show the Oregon Department of Environmental Quality (DEQ) delivered a potentially fatal blow to the Jordan Cove LNG project and the Pacific Connector fracked gas pipeline which has faced fierce opposition for more than a decade by a grassroots coalition of impacted landowners, anglers, small business owners, tribal members, health professionals, and many more Oregonians and Northern Californians. In today's action, Oregon DEQ denied the Clean Water Act Section 401 permit because the massive LNG export terminal and pipeline could not demonstrate that they would meet Oregon's clean water standards. Jordan Cove LNG and the Pacific Connector Pipeline cannot be built without the state permit. With their denial, DEQ released 200 pages of detailed findings about how the project does not meet Oregon’s water quality standards. DEQ notes that “DEQ does not have a reasonable assurance that the construction and authorization of the project will comply with applicable Oregon water quality standards.”

Update Required To play the media you will need to either update your browser to a recent version or update your Flash plugin.
Download audio file
Topic tags:
Activism, Energy/Natural Resources, Environment/Climate, Global Affairs, Government/Politics