This Never Happened by Liz Scott 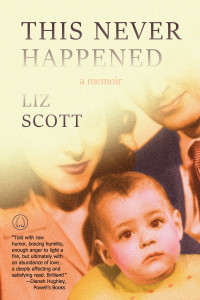 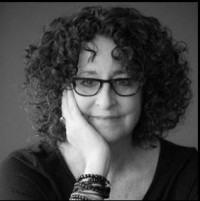 Host Ken Jones talks with Liz Scott, author of the new memoir This Never Happened, from University of Hell Press.

Liz is a practicing psychologist in Portland, and a practicing writer. Her work has appeared in The MacGuffin, New Stone Circle, and Lake Effect, among other journals. And she’s the mother of two grown daughters. This Never Happened is her first book.

Margaret Malone writes of This Never Happened: “Surprising, funny, and impossible to put down, Liz Scott’s memoir will break your heart with its calamitous wit and self-awareness. Scott’s elusive pursuit of familial truth and belonging haunts every page. A strange, unforgettable search for meaning.”

Liz will be reading, and signing books, at Powell’s City of Books on Tuesday, April 23rd at 7:30pm.

Update Required To play the media you will need to either update your browser to a recent version or update your Flash plugin.
Download audio file
Topic tags:
Arts/Culture, Family, Women
Genre(s):
Arts and Culture