Greg Palast on Voices from the Edge 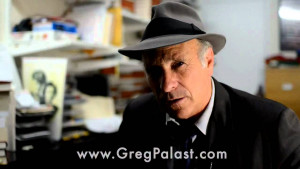 It's a Membership Drive  which mean it's time to hear Greg Palast on the KBOO airwaves! Voices from the Edge host Jo Ann Hardesty welcomes Greg Palast to talk about the stealing of our democracy.

His film of his documentary reports for BBC Newsnight and Democracy Now! is called Vultures and Vote Rustlers.
Palast is known for complex undercover investigations, spanning five continents, from the Arctic to the Amazon, from Caracas to California, using the skills he learned over two decades as a top investigator of corporate fraud.