U.S. and Cuba: Back to the Past 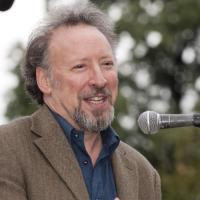 The island of Cuba has preoccupied Washington officials for decades. Prior to the 1959 Fidel Castro-led Revolution, Cuba was a virtual U.S. colony. It was also a mafia playground. The Revolution changed all of that. Cuba allied itself with the Soviet Union. Goaded by an influential lobby in Florida, the U.S. engaged in assassinations, invasion, chemical and biological warfare,  blockades and sanctions in attempts to bring about regime change in Havana. Despite its relative weakness compared to the global hegemon, Cuba resisted U.S. power. With the passing of Fidel and the retirement of his brother Raul, Cuba sought a new relationship with Washington. Important steps toward normalization of relations were taken under Obama. A new and more friendly chapter was evolving between the two countries. Those efforts have largely unraveled due to Trump administration policies.