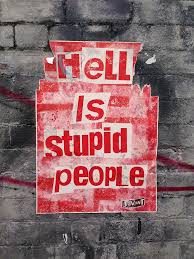 In my Valley Views intro, I describe the Willamette Valley as “bountiful”.  Reason being is that there are many farms located here. But there’s a problem here.  Corvallis is not all it pretends to be or thinks it is.  The so-called “Progressives” here in Corvallis embrace the mundane in a race to the bottom!

In this show I will unapologetically assess my experiences as a woman-of-color-DOS (descendent of slaves) with so-called “progressive” people and groups in Corvallis.  I’m referring to the young, middle-aged and old who fancy themselves to be “socialists”, “communists”, “environmentalists” and even <eyeball roll> “revolutionaries”.   They wallow in their white privilege, are absolutely clueless about matters of race, and RUN from any discussion about race and white privilege, all the while patting themselves on the back for being broadminded.

Below are two articles of interest that I reference in this show.  They both discuss the widespread, all-too-typical pushback and racial gaslighting that people of color experience when organizing with predominantly white “progressive” groups:

Portland Tenants United: a Radical Org With a Serious Race Problem by Cameron Whitten 1/3/18 https://medium.com/@cameronwhitten/portland-tenants-united-a-radical-org-with-a-serious-race-problem-753ed2c62b4f Do America’s Socialists Have a Race Problem? by Miguel Salazar 12/20/18 (Regarding the Democratic Socialists of America)

Update Required To play the media you will need to either update your browser to a recent version or update your Flash plugin.
Topic tags:
Class, Race