Voices from the Edge of City Hall 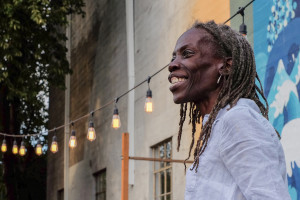 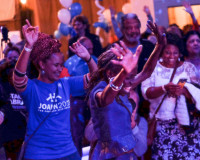 On the eve of her swearing in as Portland's first Black woman city council member, JoAnn Hardesty wrote to her supporters: "On Wednesday, January 2nd at 9 AM, I will be officially sworn into office and take on the great challenge ahead at City Hall.  While I have no doubt that, together as a community, we will be able to accomplish great progress for our wonderful home, I ask that you continue to do what you have done best -- to keep showing up and holding elected leaders (including myself) accountable, transparent, and committed to the values we hold true to our city."

On this episode of Locus Focus, JoAnn Hardesty joins us to take a look at what it is in store for the city now that there is a majority of women on the Portland City Council and it looks like JoAnn's voice is being heard loud and clear.

JoAnn Hardesty is a Navy veteran, president of the Portland chapter of the NAACP, and the executive director of Oregon Action. Hardesty spent six years in the Oregon House of Representatives and was co-host of Voices from Edge, a morning talk show heard on KBOO for many years.

Update Required To play the media you will need to either update your browser to a recent version or update your Flash plugin.
Download audio file
Topic tags:
Activism, Civil Rights/Human Rights, Government/Politics