A Decade of Failure 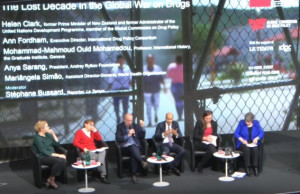 The Lost Decade in the Global War on Drugs

The Commission on Narcotic Drugs will soon hold its 62 annual session. The CND meets from March 18 through 22 in Vienna, Austria. This year should be a milestone. In 2009, member nations agreed to a political declaration with targets in drug related indicators to be reached within ten years. Ten years on, it’s now 2019, so the CND should be looking at how they’ve done.

Unfortunately the CND doesn’t much like looking back at how things are going, because a litany of failure is, well, depressing. And unfortunately, the CND and the UNODC keep law enforcement at the core of international drug control policies.

Fortunately, there are nongovernmental organizations and policy reform advocates that will take an honest, critical look at international drug control policies and how well nations are performing. The International Drug Policy Consortium and the Global Commission on Drug Policy are two such groups.

On January 28, the Graduate Institute of Geneva partnered with the Global Commission on Drug Policy and, with the support of the IDPC and the Swiss newspaper Le Temps, presented an event entitled The Lost Decade in the Global War on Drugs. On this edition of Century of Lies we hear portions of that event, including presentations by:

The complete 90-minute video of the event, The Lost Decade in the Global War on Drugs, is available on YouTube.