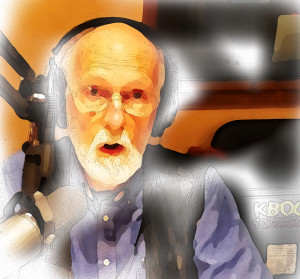 Clayton Morgareidge hosts this episode of the Old Mole, and we hear:

1. Bill Resnick and Kristian Williams conclude their three-part discussion of how to keep the police from joining with fascists in times of climate catastrophe and other disasters.

2. Clayton Morgareidge lays out an argument from Bruno Latour about how climate change has motivated neoliberalism.

3. Denise Morris talks with community activists Sandra Comstock and Benjamin Donlon about alterntives to a business-led proposal to police the houseless.

You can follow us on Twitter (@OldMole) and Facebook (TheOldMoleVarietyHour). You can send us comments or questions by commenting below or emailing us at oldmolevarietyhour [at]gmail.com

Two Events announced on this show:

1. On Saturday, January 19 at 10:00 am,  at Terry Shrunk Plaza in Portland, there will be a #MeToo Speak Out and Women's March, an opportunity for attendees to take the mic and share their personal experiences with sexual assault, bigotry, and gender-based oppression. This speak out will be an opportunity for collective healing and most importantly a way for us to link our personal traumas to building power to fight back. The event is sponsored by Socialist Alternative Portland , Portland State International Socialist Organization, and Portland Democratic Socialists of America.

2.  Creating Life Inside: A play  based on the writings of youth in juvenile detention at MacLaren Youth Correctional Facility in Woodburn, Oregon. It will debut on Jan. 25th and 26th and February 1 and 2 at 7:30 p.m. at the Sellwood Playhouse at SE 9th Avenue and Spokane as part of the Fertile Ground Theater Festival.

Update Required To play the media you will need to either update your browser to a recent version or update your Flash plugin.
Download audio file
Topic tags:
Activism, Environment/Climate, Government/Politics, Housing/Homelessness, Police