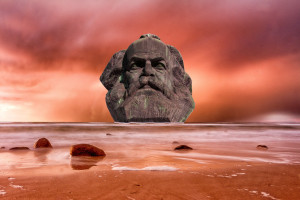 news you're not supposed to know

I am a White US American: I have a house and a bank account.  I am old, I live on pensions. In the morning, I get up rested, bathe and dress, and get in a generation-old car to take my spouse to work.


I got my pensions from Whiteness.  Let me explain: I was raised in an affluent suburb, had my birth defects surgically mediated, completed high school, got to attend college; some of that would likely not have happened if I had been born with brown skin. Certainly, at the point of graduating high school, I would not be full of fond memories of a well-fed childhood in a quiet neighborhood. So when I dropped out of college, I could still find work with my easy smile and my extensive vocabulary, and my pale skin.  When I got a house in the great subprime mortgage scam of the turn of the century, I had the education to dodge foreclosure. And when I joined a union to drive a bus, I was not subject to the petty micromanaging that I observed being applied to my brown-skinned fellow drivers. It was easy to keep the job. So after seventeen years, I got a pension. Money for life.


Lucky.  White lucky.  I’ve been stopped, guns drawn by furious cops, and not shot.  Think of that.


Fifteen blocks from where I turn my car onto the street, people are living in the freezing cold, day after night after day, with their families, in cars and tents.  Many of them have jobs, and as much education as I ever did. Catch them at their jobs, and they will tell you that despite currently going through a rough patch, they are essentially middle-class.  They do their best to believe that. They keep up their cellphone bills, and engage in online forums. They bathe furtively, quickly, in public restrooms.


They do what they can to survive, but there is no trash pickup nor sanitary service, so inevitably wrappers and filth spread out from their miserable little enclave by the freeway.  There is no relief from the weather for them--it’s a camping trip that never ends. But it isn’t just the climate and random hooligans they must fear; they must constantly be on the lookout for police, who will swoop on them, search them, and set prisoners to work sweeping away all that they own, tents, sleeping bags, papers, bicycles, heirlooms, everything.  They are cynically given a receipt to a faraway depot where none of them ever recover their things. This goes on incessantly. No one may rest.


They die.  They die like flies from the constant stress--grandmothers, teenagers, young men, the sick, the infirm, the mad.  Mostly, people in their fifties and sixties die; it’s hard to survive any greater age. Few cities make any count at all, but here in Portland seventy or eighty people died this way last year, their corpses removed by city crews and stacked by the municipal crematorium.  In a warehouse on the East side, their ashes sit in labeled cardboard boxes.


I turn my car onto the main road, and see the stereotype: a man drunkenly passed out in a midden of wrappers and bottles, part of his torso out of the rain in a business’ doorway, legs and feet in the elements.  He looks like a cynical artist's exposition of unhinged materialism and social apathy, installed at the gallery to be perused and considered with wine and cheese, an explosion of trash. I briefly wonder if he has died, but he is gone when I return.


If I were to drive my car all the way up the hill--the one that I can see on the way in to my spouse’s job-- I would enter an area where I would be carefully monitored, and eventually stopped and questioned.  This will happen despite the fact that the car is clean, registered, and almost undented. It is the relative value of the car that would attract this attention: it is worth a little more than a thousand dollars, if sold.  Such a car could only belong to a servant or a thief, in this area. After a license check for warrants, I would be told to move along.


Manicured lawns slope to immaculate edifices.  Their BMW and Maybach cars are hidden in heated, capacious garages. Inside the waxed mahogany mansions, brown people are busy, quietly cleaning, cooking organic chickens, pruning prize roses.  The White owners of these houses inherited their wealth, but they will be quick to tell you otherwise. They will tell you how clever they were in selecting the right persons to invest their patrimony, in computer-controlled stock dealers that have a privileged location, right next to and even under the stock exchange.  Earned every penny, they did. They rarely meet in person, but when they do, they talk of polo, and the best private jets with bespoke gold-pated fittings in their marble-floored showers; they speak of shoes and dresses that cost more than my car.


If I were to attempt such class tourism as a brown-skinned person, I would not just risk being stopped, of course.  I would have my car searched, and if the officer decided I needed to be permanently removed, he could throw down a bag of some white powder, and lock me up for a generation--or he could just say that he felt in danger, and shoot me to death.


And far from my sight, in the prisons tucked away behind the hills, brown-skinned persons and white poor persons rot for decades in hellish halls, condemned for petty marijuana infractions, the same ones that I committed with impunity.


This is the great victory of capitalism.  But wait, there’s more.


In Yemen, US-supplied cluster bombs tear apart markets and hospitals.  The streets reek of cholera as the people stumble in the throes of starvation, looking neither to the right nor the left.  In Afghanistan, a doll-like hand arcs gracefully through the air, trailing a ruby mist, never to be reattached to the three-year-old daughter it came from.  In Iraq, the young men set off bombs in a futile attempt to remove the foreigners occupying them from the titanic US occupation palace, laughingly called an embassy.  Their funding comes by the planeload, from a Pentagon that scoffs at attempts to audit. Trillions of dollars disappear into the US war machine over the years, forever lost to scrutiny and reason.  Refineries blast toxins by the megaton into East Texas and Louisiana to fuel the Pentagon’s voracious jets and ships--the world’s largest source of pollution. The Arctic ice writhes and shrinks in its death throes. In Siberia, the silent of the tundra is shattered by sudden echoing blasts, releasing climate-summoned methane, leaving vast craters. Across the landscape of North America, the fireflies and bees and crickets and butterflies quietly vanish., and the birds that eat them starve and disappear.


All this is cause enough for revolution.