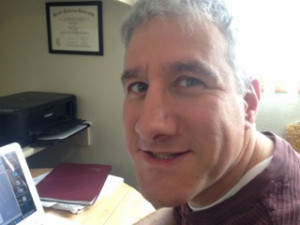 David Ruteizer, grandchild of Jewish immigrants, grew up in Illinois and Massachusetts.  He has an MFA in Creative Writing and his poems appear in Drash, Harpur Palate, Jewish Currents and North Coast Squid.  David is the founder of December First Writers; they give readings on World AIDS Day. David sings and plays keyboard and ukulele; he's performed in memory care communities and recorded a children's album, The Kid in Me.  He's taught Israeli and International folk dancing to all ages, abilities, and backgrounds.  David teaches and tutors English; he also volunteers for Cascade Festival of African Films and Oregon Holocaust Memorial. His website is www.creativedavid.com.