Speaking the Truth About the Dead 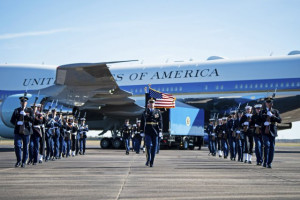 Dismayed by the bipartisan praise for George HW Bush following his death on November 30th, Denise Morris weighs the moral imperative not to speak ill of the dead against the importance and responsibility to speak the truth about the deeds of powerful public figures. For more see: Mehdi Hasan on the Legacy of George HW Bush.

Update Required To play the media you will need to either update your browser to a recent version or update your Flash plugin.
Download audio file
Topic tags:
Class, Government/Politics, History, War/Peace